Now I know what you're all thinking...
'why doesn't Jo supply a cup of tea and sweet delight with her blog?'
Well the answer is...it's impossible. Seriously.
Can you imagine how rich I'd be if I could make food and drink come through your computer screen? That'd be ridiculous.
And anyway, you'd probably spill the cup and ruin your keyboard.

So, I am currently in 'the worlds most livable city' (according to one of those Compton/Coombridge type people who read it somewhere)...I'll be here for a little while longer so will let you know how true that is.
Except this will only be the fourth city I've lived in...and if my calculations are correct, there are about a jabillion cities in the world. So until I've lived in them all it may be a little unfair to rule them out.
In saying that...there's nothing wrong with being bias. So I'll just put it out there and say, the top four most livable cities in the world are (in no particular order):
Aukland
Chicago
Washington
Melbourne

Now you're thinking, 'why is Jo in Melbourne, yet sitting around writing blog posts called Babble, and actually just babbling?'.
Well the truth is, I lied a little.
I'm not actually in Melbourne...

...I'm currently sitting on a plane on my way to Melbourne.
I figured that as I won't be posting this until I'm there, I might as well use my power of predicting the future (according to a planned and structured timetable) to pre-empt where I'd be.
We've been flying for an hour now...it's 7:30am and, all going swimmingly (metaphorically), I'll be landing in 3 hours which will make it 8:30am.
Mind = blown.

Oh, and just a few things for your information...
#1. If you get a boarding pass with your gate number hand written on it, I'd suggest double checking before walking to said gate. It is likely they have written what looks somewhat like a 7 and absolutely nothing like a 16, despite gate 16 being precisely where you need to go. 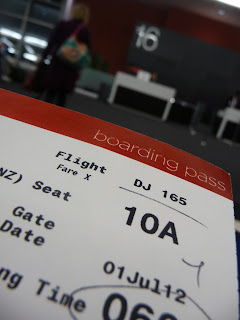 Also, be aware that gate 16 is at the opposite end of the terminal to gate 7.

#2. When checking-in and being asked, "window or aisle seat?" and you respond "window please", it's best to keep expectations low as the literal meaning of 'window seat' may be, "a seat in which could have had a window if only one had been installed". 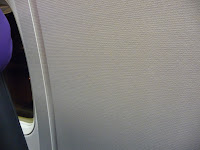 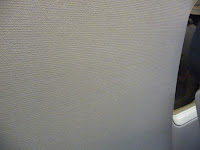 #3. When given two mini Toblerones by the nice duty free lady, don't put them in your pocket expecting:1. You'll remember they are there2. They won't melt.Because both these things will happen.And even though you've just had two sandwiches, you want chocolate because you were given it for free and you're on a plane. Then the lady one seat away from you, who thinks you're a bit on the odd side of normal after trying to crack a joke almost immediately as she sat down, will think you've lost something particularly important as you look through bags and jackets on the hunt for your Toblerone. You will then give up...figuring you must have dropped them on your way to gate 7. However, something makes you think twice and you check your jean pocket as one final act of hope. The mixed emotions that follow are along the lines of: relief, joy and satisfaction -> pain, despair and heartache, as you realize your chocolate bars are now milkshakes. Lucky for me, I love milkshakes. 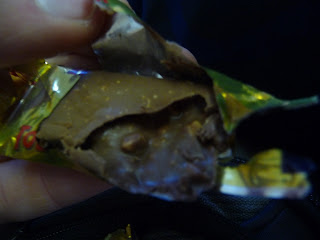 Thanks for coming to the airport way too early familia! 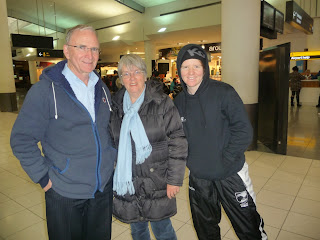